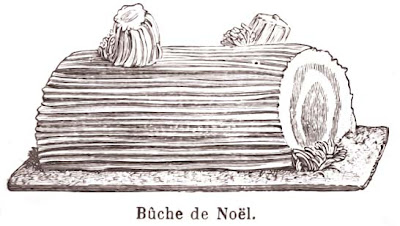 Despite my considerable curiosity, I held off some months before visiting Ladurée's new outpost on Manhattan's Upper East Side. Quite frankly, I didn't want to deal with the lines of macaronophiles eager to plop down $2.70 for each little cookie.  And then there was that little snooty voice inside of me that kept saying, well it couldn't be as good as Paris. 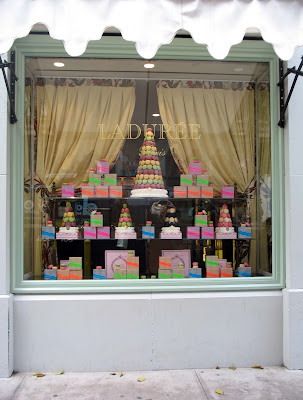 To give a little background here, in Paris, Ladurée is the high temple of the macaron.  Perhaps Pierre Herme's macarons are better and more inventive, but it is Ladurée that put these almond meringue cookies filled with buttercream on the map.  They claim that the idea of creating the little sandwich cookies came from Pierre Desfontaines, a distant cousin of the Parisian shop’s first owner, some 60 years ago.  While the claim is difficult to corroborate I'll take their word for it until something better comes along.  Not that the idea of macarons is in any way new–in France it dates back to at least 1643.  Even the idea of filling them was around in the 1800s, though the filling was jam in those days. 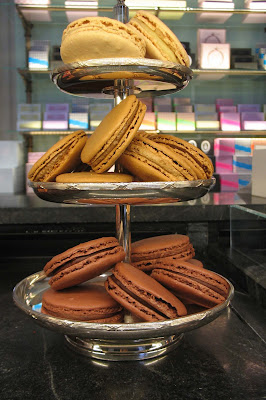 But today Ladurée is the last word on macarons and they've turned the little cookie into a world-spanning empire with outposts all over Europe, the Middle East and Japan. It's a little surprising that it took them this long to get to America.  Needless to say, Ladurée is far from a small artisanal operation, it's more on the order Tiffany's or Louis Vuitton, though admittedly the French confectioner's luxuries are a lot more affordable.  But can they keep up the quality while manufacturing macarons by the ton?  Surprisingly, the answer seems to be yes, at least if the cookies at the Madison Avenue branch are any indication.  A friend and I split four of them and here's my brief review (the texture on the cookies themselves was perfect, crisp yet barely resisting to the tongue):
Coconut:  these were perfect, a delicate distillation of coconuttiness
Lemon:  great flavor though I was a little surprised that the lemon buttercream was a little broken, this happens to me all the time, but I expect better than that from the Parisian masters 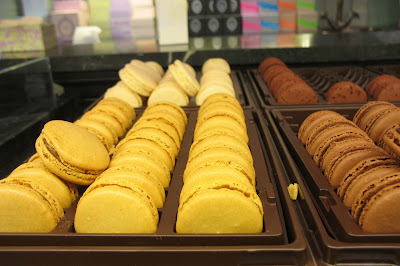 Raspberry: brilliantly intense flavor though I'm not convinced that leaving in the raspberry seeds does anything to the flavor
Violet-cassis:  this was perhaps the one dud, any violet flavor was swamped with the cassis and, while the texture of the cookie itself was exemplary, the filling seemed, well, gummy


That said, they are likely the best macarons in New York.  Though if you have the option, get on that plane to Paris.
Posted by Michael at 5:08 PM No comments:

Well I just couldn't resist sharing a brief article that appeared in Centro, a local paper in the southern Italian town of Pescara, brought to my attention by Luca Colferai (a Venetian and the primum movens of Il Ridotto). To see the photo gallery associated with the article see this link. The following is a rough and ready translation of the abridged version that comes with the photo gallery, the full article is here:

A simple but delicious dessert made with just a few quality ingredients: sugar, flour and eggs to make the sponge cake; fresh milk, eggs, lemon zest and flour for the pastry cream. These were created in Naples between 1884 and 1886 by a native of Abruzzo who had come to Naples to learn the secrets of pastry. As for the rest, such as the quantities of the ingredients, this remains a secret passed down from generation to generation, unknown outside pastry shops. The origin of the name of what is now the sweet symbol of the town of Guardiagrele [a town in Abruzzo] is also a mystery. The first theory is that the original term was "tre monti" [three mountains], which referred to the mountains of the Maiella [now a national park], but was then transformed into nuns' tits by the popular imagination. The second hypothesis originates in the common belief among the laity that nuns, to make their feminine shape less evident, placed a lump of clothes (the third breast) between their breasts. The third theory has it that nuns of the Order of Saint Clare simply invented this sort of sponge cake and thus the association with the sisters. The colloquial name was simply a malicious play on the dessert's shape. Article: Rossano Orlando.


If you're interested in a recipe you could give this one a shot.
Posted by Michael at 3:25 PM No comments:

Like just about everything that happens in New York, the opening of Dominque Ansel’s new pastry shop in Soho was accompanied by a great deal of hype.  And truth be told, I was excited too, because ever since François Payard closed his patisserie on Manhattan’s Upper East Side, the city hasn’t had a decent French pastry shop.  Ansel has good pedigree. Most recently he was the pastry chef at Daniel which has the reputation of serving up some of the best French cuisine in town. So my hopes were high as we weaved and darted through the stream of Soho shoppers on a Sunday afternoon.

The pastry shop is modest, with a small glass-enclosed kitchen at the back that reveals a couple of banks of convection ovens.  There is a very pleasant back yard where you can take the pastries, something of a rarity in New York. 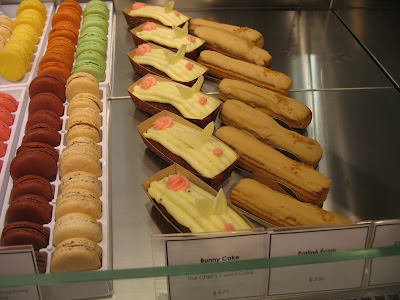 We came on a Sunday afternoon so the full assortment wasn’t out, though looking at the board there appear to be no more than about a half-dozen pastries available at any given time.  There is also a selection of Viennoiserie and Ansel has to be lauded for selling that Breton specialty the kouign amman, a disk of butter, pastry and caramel.  Can’t report on that because they were sold out.  I did try a palmier though, which isn’t made so differently.  It was OK, more dense and doughy than buttery and ethereal.  So let us return to the pastry.  Which was fine.  About the level of a provincial French pastry shop without too much ambition or technique.  In other words just about the level of other New York French-style pastry shops. 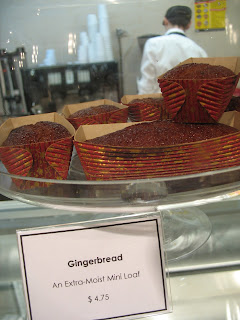 Take the “bunny cake” which exhibited about as much finesse as a Crumbs bakery or the gingerbread which looked like something sold at Zaro’s. 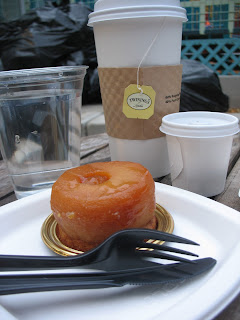 My wife had the mini tarte tatin which seemed like the beginning of a good idea.  An individual thick round of apple nestled on a cookie base.  But it’s as if there was no follow through.  Somehow for $5.50 you expect a flight of imagination, or at least a modest leap.  Like Starbucks you’ll find the cups and plates are paper, the forks plastic.

It’s an interesting question, why French-style pastry shops here are so mediocre.  Obviously it has something to do with an undiscerning clientele weaned on Twinkies and Dunkin Hines.  But that can’t be all of it.  After all we have good Italian restaurants which is clear evidence that we can overcome Chef Boyardee.  Real estate may be part of it too as well as the wage structure.  After Payard closed his wonderful pastry shop uptown he opened Francois Payard Bakery, which is all about mass production.  My suspicion is that he just can’t get the workers with the necessary skill level to make genuinely artisanal pastry.

In France pastry cooks have to go through a multi-year apprenticeship (with little pay).  Why would anyone bother to do it here when you can just open up another cupcake bakery and hire workers with the skill set of twelve year olds.  Another reason why French pastry seems to be holding on in France in ways that it can’t here was pointed out to me by Emmanuel Hamon a talented pastry chef in Brest.  In France people visit their neighborhood pastry shop virtually every day because they buy their bread there as well.  As a result buying pastry isn’t some sort of esoteric, once a month activity it is a quotidian reality.  This, in turn, supports numerous pastry shops which increases competition leading to better quality and variety.  Of course those conditions don’t exist here but still, you'd think a city like New York could support at least one stellar patisserie.
Posted by Michael at 11:13 AM No comments: